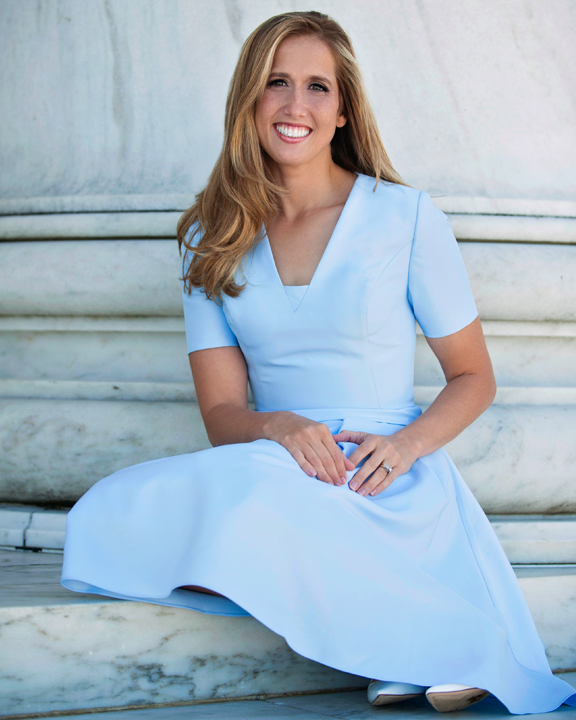 Finding a great speaker can be difficult. You need a speaker that will bring the Spirit of the Holy Ghost and also engage your audience, so they don’t just slump in their seats and look at their phones. Laura Welch is a captivating and engaging speaker. She loves teaching and is passionate about teaching in a way that gets her audience excited to listen and to participate. She is masterful at using humor and storytelling to teach powerful lessons about the Gospel of Jesus Christ. Her goal as a teacher is to help her audience draw closer to Jesus Christ and to help them gain a deeper understanding of Him and His love for them.

She attended the rigorous two-year LDS Church Education Seminary Program while at BYU, where she learned skills to teach principles of character, values, and faith. She also earned a Bachelor of Arts degree in History from BYU.

After graduation, Laura taught LDS seminary at Pleasant Grove High School and later taught LDS Institute classes at The Berklee College of Music in Boston. She was hired to be a speaker for the elite Especially For Youth (EFY) program through Brigham Young University, where she’s had the opportunity to speak to teenagers at large conferences throughout the United States. Working with EFY during the past 15 years has given her the opportunity to reach thousands of teenagers with messages about character, kindness, and being a hero to those around you.

She relies on her ability to make an audience laugh to draw students in and explore in-depth topics of faith and character.  Laura was apart of Divine Comedy while attending Brigham Young University (BYU). She loved performing in front of crowds and refining her comedic ability. A highlight of that experience was the creation of D.C. Pro Tour where she produced, directed, performed, and filmed some of her favorite sketches with her fellow troupe members that was later distributed by Deseret Book.

While living in Boston with her husband and young children, Laura became an advocate for student families at Harvard Business School (HBS). She founded an organization called Crimson Parents that offers programming and community support for HBS families. Part of that was creating a parenthood speaking series. Vice President of PBS Bridget Sullivan even took an interest in it and felt “it was a wonderful tool to help families.” Laura continues to mentor Crimson Parents today and is asked back regularly to speak to Harvard students and their partners about motherhood and families. It was during this time that Laura also founded the Female Heroes speaking series for the Boston area Relief Society, which happens to be part of the largest women’s organization in the world. She has always been passionate about helping mothers, but these experiences added to her ability to really understand the complexities women face when trying to raise a family.